Testing for COVID-19 Coronavirus in South Africa’s public health sector has been ramped up significantly with more than 5,000 citizens being tested for the virus per day.
This marks a drastic increase in the past two weeks – indicating that government interventions in the testing and screening of potential patients are showing results.

In a press briefing on Saturday evening, Health Minister Dr Zweli Mkhize announced that 108,021 people have been tested for COVID-19. However, this is not the total amount of tests that have been completed.

The Health Minister clarified that there is a stark difference between the number of tests conducted and the number of people who have been tested.
This is because it sometimes takes more than one test to confirm a diagnosis and multiple tests can be conducted on one person during their period of treatment.
Mkhize therefore confirmed that more than 123,000 tests have thus far been completed.

“We have been increasing the number of people being tested. When we started, 98% of tests were being done in the private sector. About two weeks ago, in the public sector, we could have been testing up to 1000 tests per day,” Mkhize said.

South Africa has now surpassed many European countries in its number of testing. Statistics now suggest that one person tests positive for every 38 tests conducted. 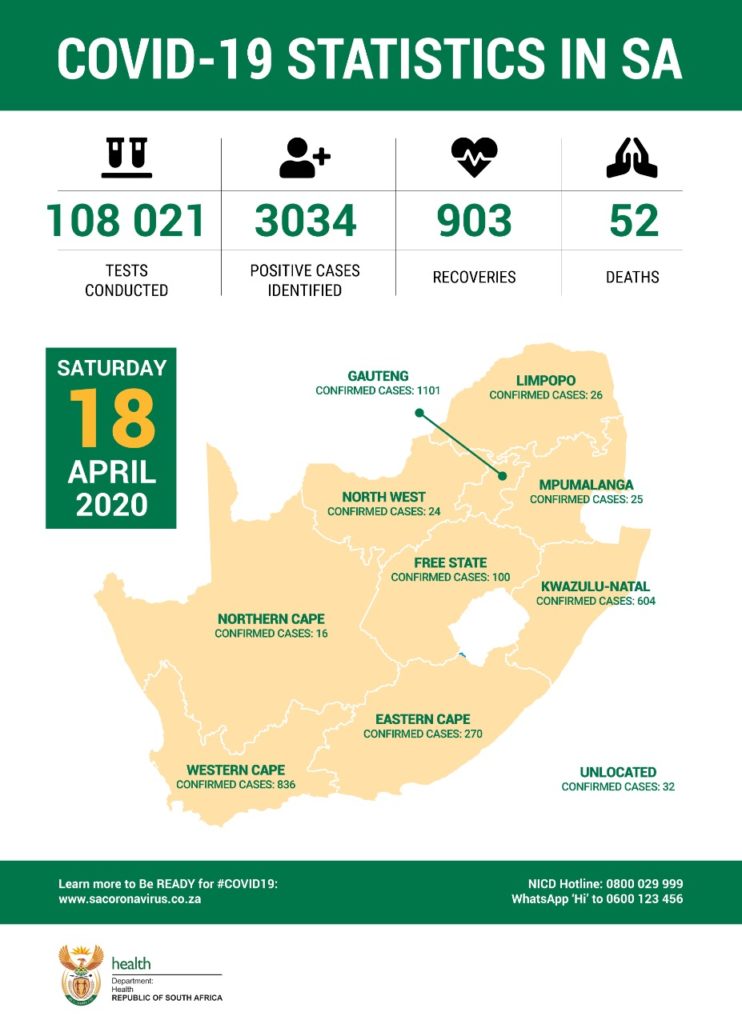