As at today, the total number of confirmed COVID-19 cases in South Africa is 5350, an increase of 354 cases from yesterday.

This is the highest number of cases in a 24 hour cycle recorded to date and represents a 73% increase relative to the day before.

While this is well noted, the interpretation of the rate of spread is more reasonably assessed by studying trends over time.

The total number of tests conducted to date is 197 127, of which 11 630 were done in the last 24 hours. This is the highest number of tests done in a 24 hour period, representing a 66% percent increase relative to the previous day’s tally. Additionally we have also recorded the highest COVID positive result yield from a 24 hour cycle of testing at 3%

The provincial breakdown is as follows:

Eastern Cape (1)
• A 39 year old female that presented with pneumonia. She was a person living with HIV with superadded tuberculosis and cryptococcal meningitis.

We sadly note that one of the deceased patients from the Western Cape was a registered nurse who worked for the Department of Health. Her passing will be sorely felt as we regard all our health workers as precious frontline soldiers of this battle against COVID-19. We also mention that this was a community transmission and did not occur within a health facility.

We convey our condolences to the families of the deceased and appreciate the health workers who treated the deceased patients.

Western Cape
The number of new cases in WC has almost doubled from 133 the day before to 264 today.

This was also the highest number of new cases in this province in any 24 hour cycle. Also of note is that this province has the highest positivity yield from their tests in the past 24 hours at 7.5  percent when compared to other provinces.

In the past 24 hours the Western Cape contributed to 75% of the total new cases nationally while only contributing 30% of total tests over the same period.

These concerning trends have prompted us to plan for additional support to be deployed to the Province to help contain the spread of COVID-19.

The province has been asked to recruit additional personnel and 30 Cuban doctors will also be sent to reinforce the human resource capacity. 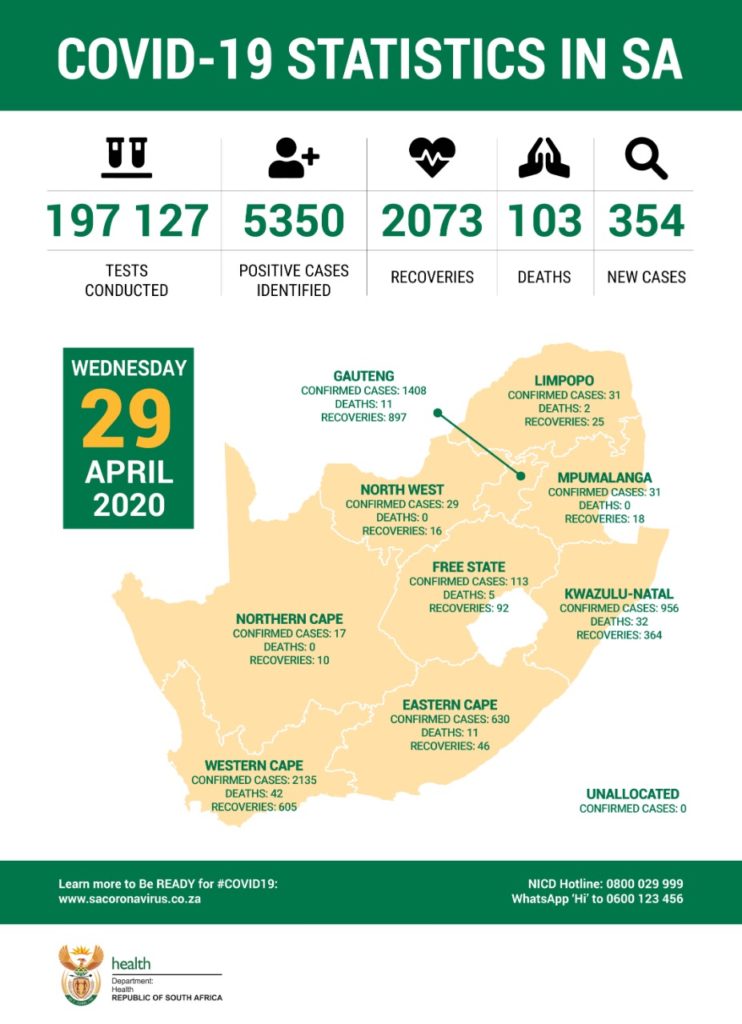