Health minister Dr Zweli Mkhize says government has used the time spanning the nationwide lockdown to strengthen the country’s health infrastructure in preparation for a spike in COVID-19 cases.

Mkhize, who was addressing the media at the Job Shimankane Tabane Provincial Hospital in Rustenburg on Wednesday, announced a number of measures government is taking to separate those infected with COVID-19 with other patients at healthcare facilities.

Mkhize was joined by North West Premier Job Mokgoro and the Minister of Mineral Resources and Energy, Gwede Mantashe. The trio received a donation of personal protective equipment (PPE) from Sibanye Stillwater and Old Mutual.

“We need to get to a point where we are able to separate people who have got other morbidities, or other illnesses, who have to come to hospital from those who have got the potential to infect them. We have realized that most of our mortality is associated with people with comorbidities,” Mkhize said.

“One of the lessons we learnt from China is if we don’t protect people with comorbidities, it tends to push the mortality rate very high.”

Mkhize said public hospitals have been instructed to establish “triage facilities” to separate those who are suffering from respiratory illnesses from other patients.

“We have now gone out to say all our hospitals must start putting up triage facilities where on the front gate we should be able to separate people who may be having respiratory symptoms, move them to another area where they can be isolated and tested, so that should there be a possibility of them being infected, they will not be contaminating the environment where people with other illnesses could be found,” Mkhize said.

“The majority of people are trying to do their best. There are instances where circumstances beyond their control make people not be responsive. For example, the pressure of having to go out and look for essentials such as food and the loss of income is actually what is putting pressure on a lot of our people,” Mkhize said.

“With all the challenges that they are going through, we do understand. Whatever we see as our progress in fighting COVID-19 is actually more their victory. It’s not so much the victory of government…it is more about how people themselves have internalized the messages on the containment measures that will help save our country.” 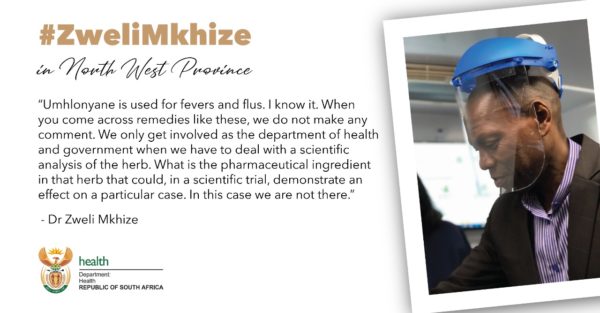 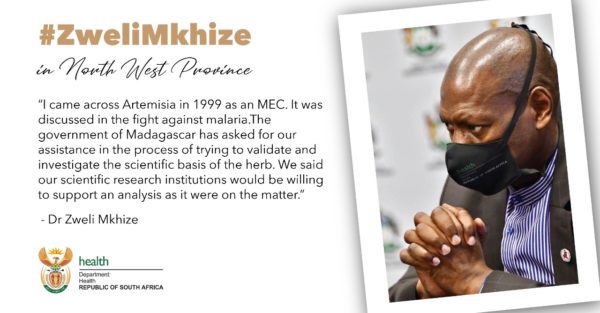