Government’s response to the COVID-19 pandemic in the Eastern Cape has been ramped up significantly, with new plans being put in place to curb the increasing rate of infection in the province.

Health Minister Dr Zweli Mkhize visited the province on Monday and met with provincial Health MEC Sindiswe Gomba, premier Oscar Mabuyane and senior officials to discuss the success of measures already put in place as well as interventions that need to be made going forward.

In a briefing following the meeting, Mkhize said it was concerning that the proximity between the Eastern Cape and Western Cape has resulted in an COVID-19 “ecosystem” being formed.

“It has been brought to our attention that the proximity to the Western Cape means these two provinces are operating like an ecosystem where the numbers are showing a particular trend in an upward trajectory. We are now embarking on additional programmes to deal with containment measures,” Mkhize said.

For Mkhize, the attendance of funerals may be a big contributing factor to the spread of the virus in Eastern Cape.

“Some of the major challenge is social activities, and in particular, funerals. People come between Eastern Cape and Western Cape to funerals. These are incidences which when we track some of the contacts of some of the patients, we actually can locate them to have gone to some funerals,” he said.

“We make a call for our people to be aware that funerals, because of the fact that they bring so many people together under difficult situations, tend to have a contribution to the spread of the infection.”

Since Mkhize’s last visit to the province, additional infrastructure has been added to strengthen the health system.

“There have been additional beds that have been put in place and I must say, I’m very impressed with that. We discussed a number of issues with the MEC, Premier and Heads of Department. We came to have a look at the progress,” Mkhize said.

“The provincial government is really on top of its game and trying its best to respond as expected…We have also been taken through some of the areas we need to attend to. We wanted to make sure the issues of infrastructure are taken care of.

“They have employed over 800 nurses in the past few weeks and are finalising a number of additional doctors to prepare for our response to deal with this pandemic. They have raised various areas of concerns and constraints.”

Mkhize said officials will now focus on strengthening containment on a community level to curb the rate of infection. 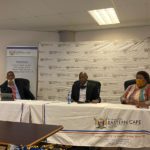 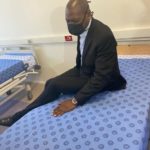 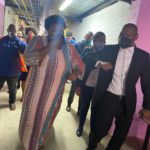