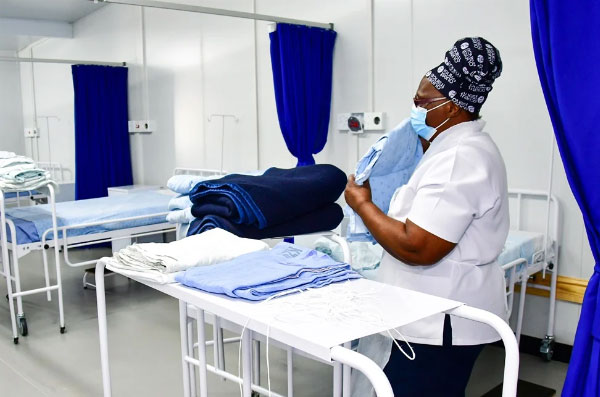 The National Department of Health says there is not enough money to fund 24-hour operations at state clinics and primary healthcare facilities.
Gallo Images/Darren Stewart

As the world marks Universal Healthcare Day, we need to consider that 80% of South Africans are dependent on overburdened and under-resourced public health facilities, writes Amil Umraw.

Earlier this year, before the Covid-19 pandemic brought the world to a standstill, I undertook a little research expedition, following Parliament’s portfolio committee on health as they traversed the country seeking public opinion on the proposed National Health Insurance (NHI) Bill.

While the purpose of these public hearings is for ordinary citizens to critically support or oppose clauses in proposed legislation based on merit, they are often turned into loudhailers, where communities use the platform to voice concerns over general service delivery, infrastructure and local administrations – providing, to me, the ideal opportunity to assess the sentiment around South Africa’s healthcare sector.

Suffice to say, there was a mixed bag of opinions.

But there was one man who, in a few words, wrapped up months of heated debate. The gaunt figure of Wiseman Mphepho moved groggily to the mic placed on the frontline of a packed Khayelitsha community hall. He had been standing more than 30 minutes, waiting for his turn.

“People with our lived experiences in Khayelitsha support the NHI Bill and we will not listen to anyone who doesn’t know the poor living conditions of our people. I prioritise people’s lives and health before profit and, therefore, support NHI.”

He ended to applause from the crowds behind him.

His comment provided perspective that, while we may bicker about clauses, guidelines and frameworks, there remains a large portion of our people who desperately need quality healthcare – urgently.

This year, the United Nations unanimously endorsed universal health coverage as a pillar of sustainable development and global security, underpinned by the principle that nobody should fall into poverty because they are sick and need healthcare.

In South Africa, more than 41% of health expenditure is spent on private health insurance – which only 17% of the population has access to. We have one of the world’s most expensive private healthcare systems.

The result is that a relatively wealthy minority, usually covered by private health insurance, accesses private healthcare facilities, while the majority of the population, more than 80% of our people, are dependent on overburdened and under-resourced public health facilities.

A family with a household income of R20 000 per month will spend about R3 800 on an average medical aid scheme package, which is 19% of their disposable income – and premiums are increasing at above-inflation rates. Projections show that, by 2030, it is likely that this same household will be spending one-third of their income on medical scheme cover.

Then there’s the question of affordability.

A similar question was raised 20 years ago: “Can we afford to pay for ARVs?”

Some said we couldn’t afford it, and we lost 330 000 people and 35 000 babies were born HIV positive because of the same question.

But from that lesson, we rephrased the question: “How can we make ARVs affordable?”

With this different perspective and political will, the government started negotiations and implemented various measures to roll out ARVs without breaking the bank. Today, we have about five million people on ARVs, with prices of ARVs dropping by more than 100% over the past two decades.

The same mindset is applicable with the NHI.

South Africa already spends 8.5% of its GDP on health – about half of which is spent on the private sector. In 2017, there were four million medical aid scheme members, and 8.9 million beneficiaries – medical aid schemes pulling in R162.9 billion in contributions. A huge portion of these contributions will fund the NHI through payroll tax (employer and employee) and a surcharge on personal income tax.

Impact on high-risk and vulnerable

Covid-19 has been a hard global lesson in the need for quality, equitable healthcare. Overwhelmed health systems were forced to re-examine current protocols that inform their day-to-day functioning – their building blocks having to be rethought and re-examined closely.

Research shows that in countries where different standards of care existed as a result of the division in health infrastructure, high-risk and vulnerable population groups were most impacted. Ensuring an effective response to the pandemic and curbing the spread of infection can be seen as having a direct correlation to a standardised quality of care.

These are lessons which we must act upon with haste, in anticipation of future pandemics which will undoubtedly arise.

As we push ahead, we ought not forget the needs of those, like Wiseman Mphepho, who advocated for a better, more cost-effective and resourced healthcare system for all South Africans, rich and poor.

No matter what form the NHI eventually takes, any positive change to the current status quo is desperately needed.