The National Institute for Communicable Diseases (NICD), a division of the National Health Laboratory Service, reports that 9 149 new COVID-19 cases have been identified in South Africa, which represents a 15.7% positivity testing rate. This brings the total number of laboratory-confirmed cases to 1 722 086. For more information, visit the GIS Dashboard.Q

12 044 072 tests have been conducted in both public and private sectors as per the table below.

The majority of new cases today are from the Gauteng province (61%), followed by the Western Cape (10%) province. Both the Free State and North West provinces accounted for 6%.The cumulative number of cases by province is shown below:

For updates on the national vaccine programme, click here. 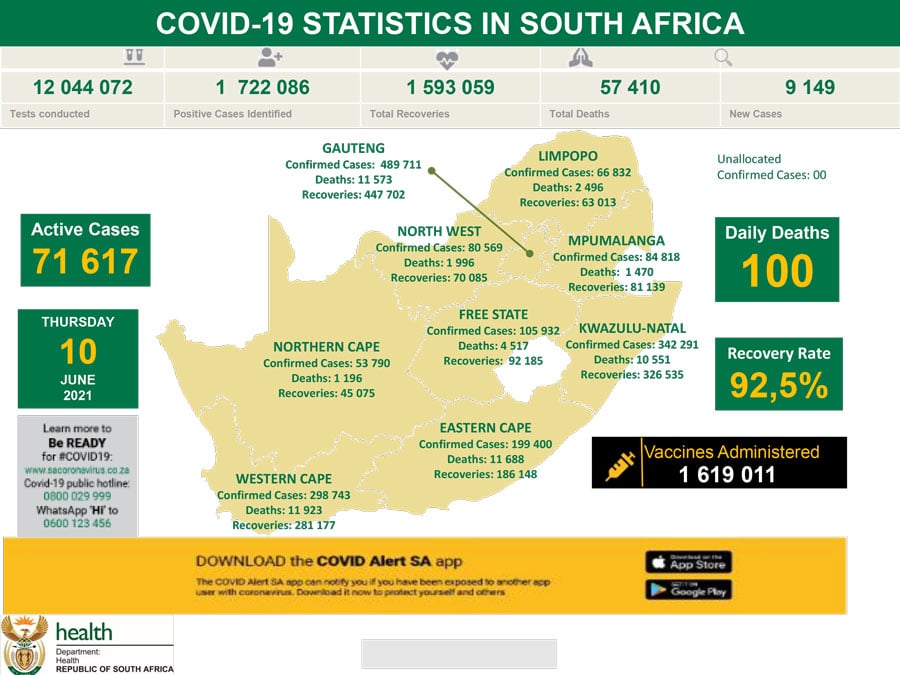