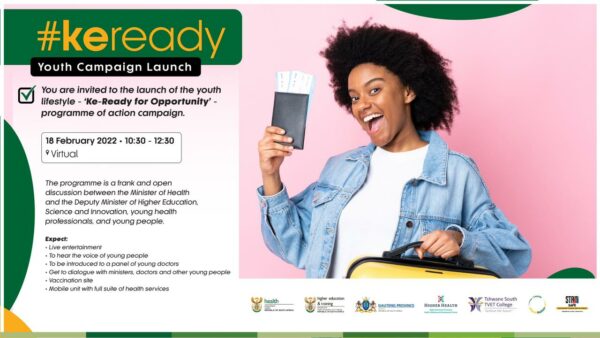 Pretoria: The Minister of Health, Dr Joe Phaahla together with the Deputy Minister of Higher Education and Training, Mr Buti Manamela will tomorrow (Friday, 18 February) lead the launch of Youth Vaccination Programme at Tshwane TVET College as part of continued collaborative efforts between government and non-governmental organisations to increase vaccine uptake amongst young people.

Youth between the age of 18 to 34 years old, comprise of the largest targeted, but the least vaccinated population in the country, with only just over 5 million out of 17,7 million target population having received this life-saving treatment.

Minister Phaahla and Deputy Minister Manamela will be joined by the Minister of Social Development Ms Lindiwe Zulu, Gauteng MEC for Health Dr Nomathemba Mokgethi, and a number of public and private leaders including both management and Student Representative Council Tshwane of South TVET College.

The official launch of #KeReady” or “I am ready” campaign for young people will take a format of open and frank conversation, instead of traditional programme dominated speeches, between leaders, influencers and young people about the vaccine benefits and ways to address vaccine hesitancy which is the major contributing factor to low vaccine uptake amongst young people.

Members of the media are invited as follows:

The government and other stakeholders will offer comprehensive package of primary health services including vaccination services, screening and testing services on the day. 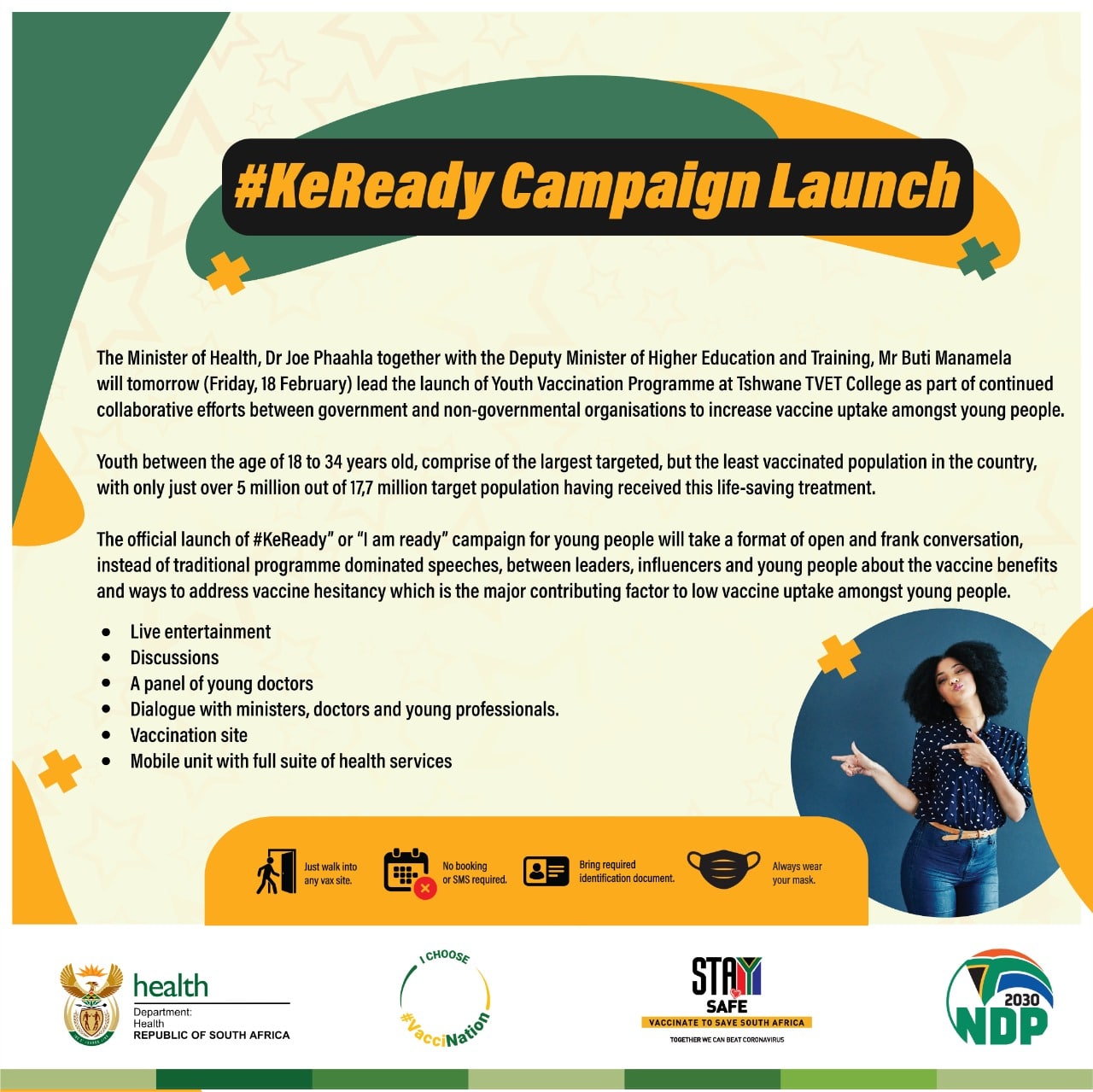